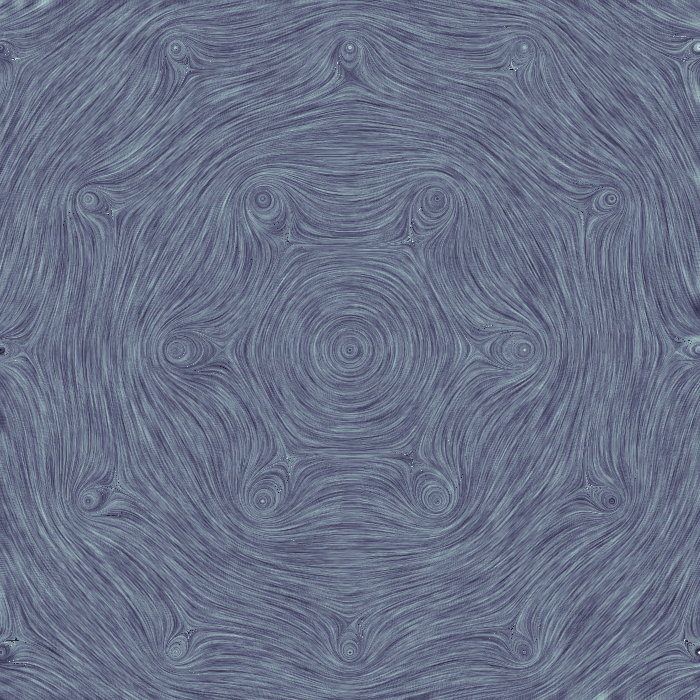 Attached to this page is cython code to implement a simple line integral convolution operator, plus some demonstration python code. The demo code can either make more or less the image above - a simple array of vortices; note how an overall rotation appears in the sum of individual vortex vector fields, just as a superfluid's "bulk rotation" is actually a vortex array - or it can make a video of the same vector field. The video is a little awkward to work with, since all the standard video compression techniques butcher it horribly, but it does work well.