This example describes how to integrate ODEs with the scipy.integrate module, and how to use the matplotlib module to plot trajectories, direction fields and other information.

You can get the source code for this tutorial here: tutorial_lokta-voltera_v4.py.

Presentation of the Lotka-Volterra Model¶

We will have a look at the Lotka-Volterra model, also known as the predator-prey equations, which is a pair of first order, non-linear, differential equations frequently used to describe the dynamics of biological systems in which two species interact, one a predator and the other its prey. The model was proposed independently by Alfred J. Lotka in 1925 and Vito Volterra in 1926, and can be described by

with the following notations:

We will use X=[u, v] to describe the state of both populations.

Definition of the equations:

Before using !SciPy to integrate this system, we will have a closer look at position equilibrium. Equilibrium occurs when the growth rate is equal to 0. This gives two fixed points:

Stability of the fixed points¶

So near X_f0, which represents the extinction of both species, we have:

Near X_f0, the number of rabbits increase and the population of foxes decrease. The origin is therefore a saddle point.

Now we will use the scipy.integrate module to integrate the ODEs. This module offers a method named odeint, which is very easy to use to integrate ODEs:

`infodict` is optional, and you can omit the `full_output` argument if you don't want it. Type "info(odeint)" if you want more information about odeint inputs and outputs.

We can now use Matplotlib to plot the evolution of both populations: 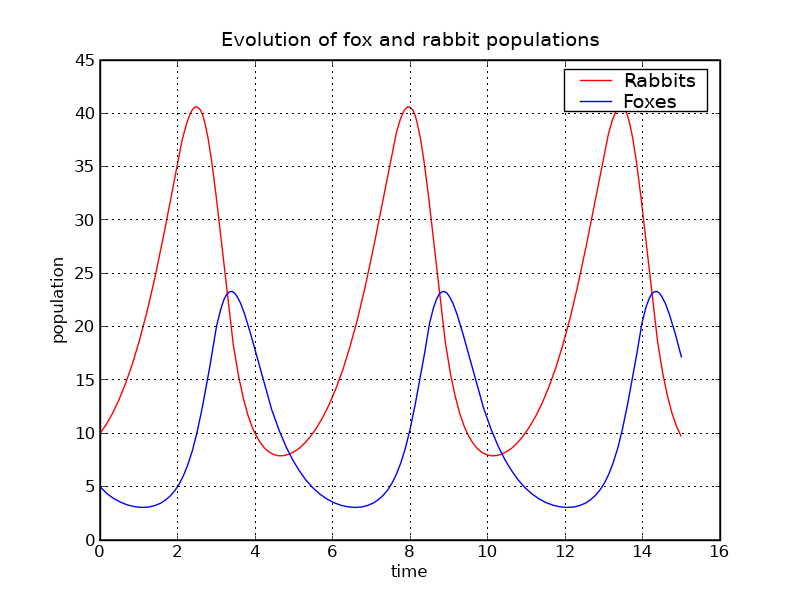 The populations are indeed periodic, and their period is close to the value T_f1 that we computed.

Plotting direction fields and trajectories in the phase plane¶

We will plot some trajectories in a phase plane for different starting points between X_f0 and X_f1.

We will use Matplotlib's colormap to define colors for the trajectories. These colormaps are very useful to make nice plots. Have a look at ShowColormaps if you want more information. 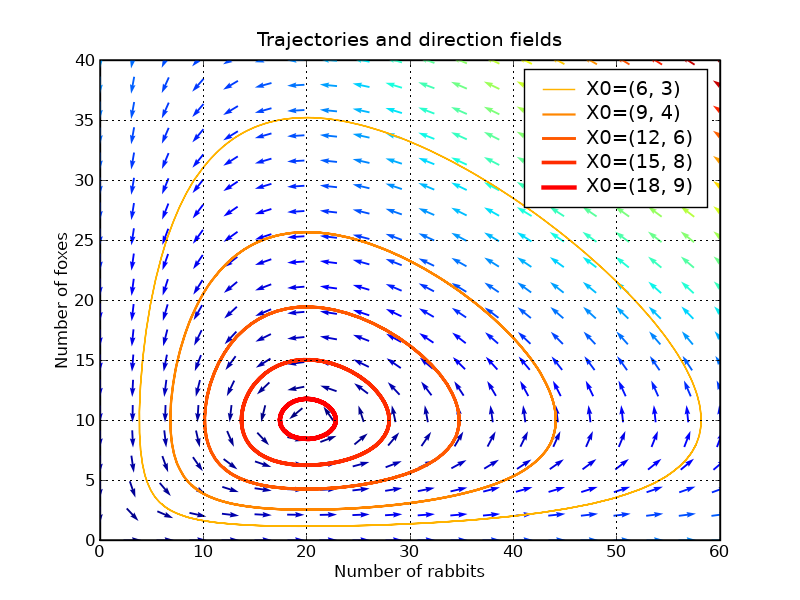 This graph shows us that changing either the fox or the rabbit population can have an unintuitive effect. If, in order to decrease the number of rabbits, we introduce foxes, this can lead to an increase of rabbits in the long run, depending on the time of intervention.

We can verify that the function IF defined below remains constant along a trajectory:

Plotting iso-contours of IF can be a good representation of trajectories, without having to integrate the ODE 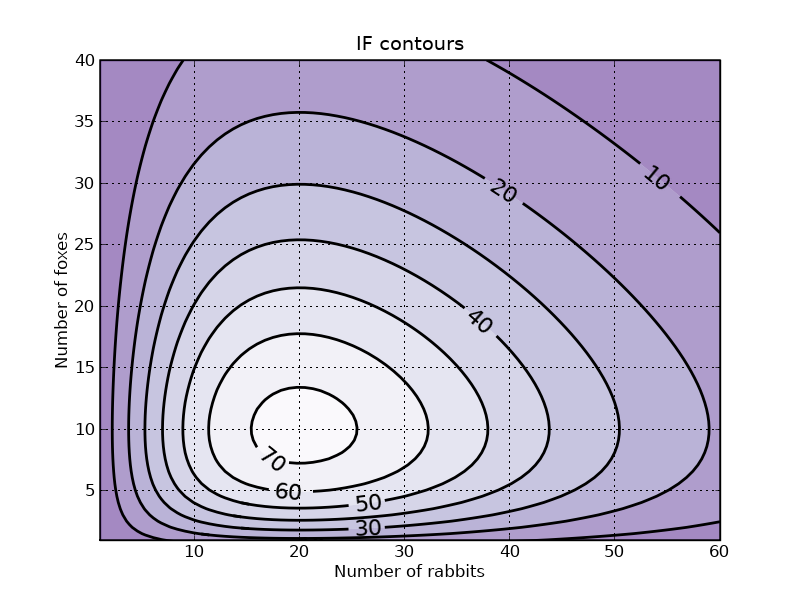